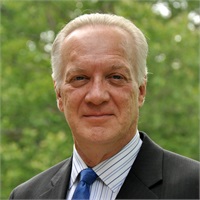 Originally from St. Benedict, PA, John Stanek has been an Investment Professional since 1984. He earned his Bachelor's degree from St. Francis University in Loretto, PA, before earning his Master's degree from West Virginia University. Through the process of becoming an Investment Professional, John has earned licenses to provide various financial products such as IRA's, mutual funds, variable annuities, fixed annuities and life insurance among others. Additionally, John became a Certified Financial Planner™ in 1990, further advancing his accomplishments in the field. John's focus has always been on serving his clients and helping them achieve their financial goals, be it retirement, financing college or simply building personal wealth. Through more than 30 years of such service, John's client base has grown to more than 500 clients - many of whom have been loyal clients since the 1980s. John has been a representative of NEXT Financial Group, Inc., since its inception in 1999. Personally, John has been married to the former Jan Fisch since 1977. Together, the two have four children and four grandchildren.